A leading figure in UK film production, Uzma Hasan is passionate about creating a platform for a multitude of voices. We talk to her about her decision to found an independent production company and the role of the arts in developing global discourses.

What was the moment you knew you wanted to be a film producer?
Growing up in suburban London, I was a voracious reader – it was a way to escape the teenage disconnect I felt with the world. That love of reading stayed with me as I went on to study literature at university.

I started my career working in public relations, which is essentially fashioning something a client wants to say in a more palatable way! It’s all story-telling, which I suppose is at the heart of film production too. Looking back, it feels like a very natural progression.

You set up Little House Productions in 2013. What was the driving force behind your decision to found an independent company?
The big incentive behind starting Little House Productions was the need to create my own work environment. I think that’s always a big driving force for any entrepreneur. I’d worked in the industry for ten years, with a career that had taken me across four continents, but I felt slightly restricted by the industry. Having “seen it all”, I essentially thought I knew better!

It’s an incredibly complex process to get films off the ground at any level. You’re reliant on a delicate ecosystem of supporters from the very first tranche of funding through to securing your lead actors. There are so many gatekeepers along the way, each of whom have the power to say no.

I wanted more control, so setting up an independent production company seemed like the logical step. It didn’t take me long to realise there’s only so much control you can ever really have, particularly working in the British film industry. Hollywood is still the dominant power in film, and the rest of the world follows its lead. This creates a natural conservatism amongst backers – they tend to go with what they perceive as ‘sure bets’.

“It is vital that we have a plurality of storytelling and tellers that are representative of who we are – across all aspects of society.”

Bringing new talent forward is a key issue for the industry – less established filmmakers often struggle to bring projects online against the backdrop of reduced funding availability. Do you think this limits diversity in the industry?
Of course. It’s a trickle-down effect: if you have a smaller pot of money and a systematic lack of representation amongst those who are guarding those pots, then this naturally puts barriers to entry in place. This has definitely been reflected in the makers coming forward in recent years, and figures* released earlier this year by The British Film Institute support this.

It is vital that we have a plurality of storytelling and tellers that are representative of who we are – across all aspects of society, in this country and globally. If we stifle voices wherever they may be coming from then we will end up with an industry, and an idea of ourselves, that is homogenised and incomplete. It can be of no benefit either to the trade or to audiences and society at large.

Do you consider arts to be decreasing in their importance in state education? If so, what impacts is this having?
Yes, and this is something that worries me. If humans aren’t encouraged to be creative and to express themselves in a way that best suits them, this creates much bigger problems. Creativity is a vital part of the human experience – it helps us to process the world around us and learn to engage with other people.

History tells us that those who have their creativity repressed will find other means through which to be heard. Repression breeds dissent, but from this, I’d so much rather that beautiful things were born. 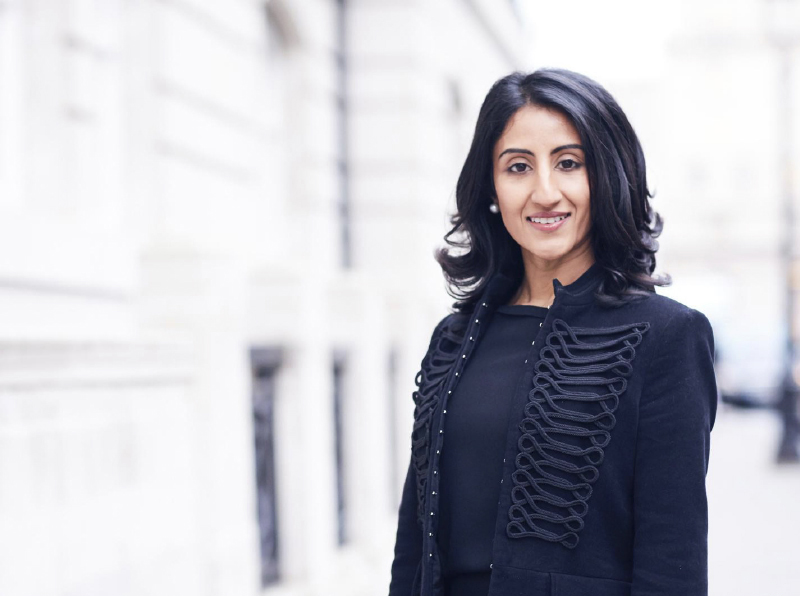 “If humans aren’t encouraged to be creative and to express themselves in a way that best suits them, this creates much bigger problems.”

The film industry has been on the receiving end of much public debate recently, both negative and positive. Should more be done to ensure that young women entering the industry are safeguarded and afforded equal opportunities?
I’ve been so encouraged by the debates that are ongoing across the film industry about how we ensure that women are supported and able to fulfil their potential. I think there is a consensus across the industry this shakeup is long overdue.

Crucially, we are starting to challenge the parameters of discussions about topics that have previously been taboo. We are finding ways to talk about subjects like bullying, harassment and abuse. We are starting to find a shared vernacular that has let words emerge through which we can have these conversations. The next challenge will be to translate these words into real and manageable change.

Change is in the industry’s best interest, but it happens on the individual and collective level and requires active participation. I feel like those conversations are happening more frequently and getting louder; and I’m really encouraged by that.

Little House Productions states that its focus is on bringing subversive stories to global audiences. How important is the role of film, and indeed art more broadly, in developing global discourses?
This is perhaps the most crucial role of film. It is important that opening up these dialogues never becomes just one person’s or one representative’s responsibility – it needs to be a concerted and collective effort.

Cinema is one of the important tools we have, and it’s vital that it is used effectively. Film can and should be a global disruptor – it has the power to call out injustices and bring forward marginalised stories to wide array of audiences.

It’s a rare privilege to get someone’s undivided attention in a dark room for two hours, particularly in the always-on world in which we live, and it is a platform that has never been more important. It’s the modern equivalent of fireside storytelling. 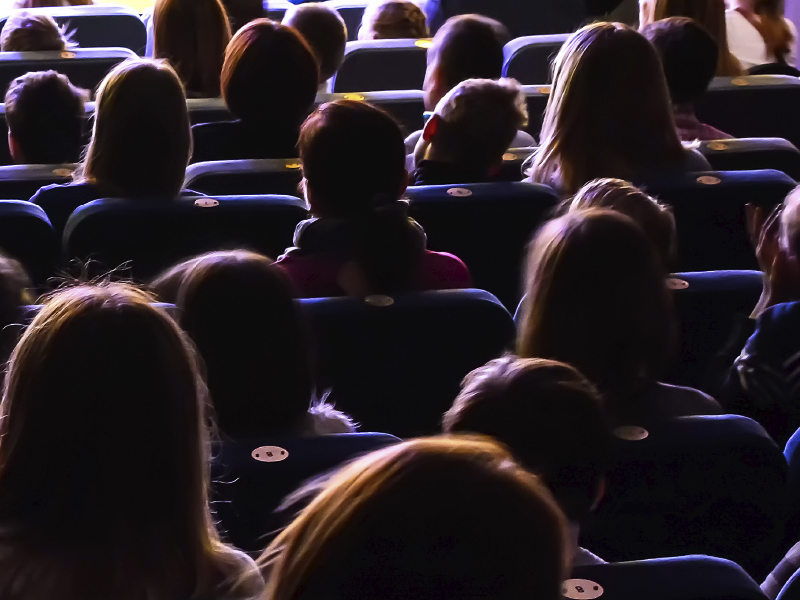 “Creativity is a vital part of the human experience – it helps us to process the world around us and learn to engage with other people.”

What do you feel is missing from storytelling today that you want to bring to screens?
I think there is a growing desire for multiplicity in the narratives that come to our screens. In her TEDX talk, ‘The Danger of a Single Story’, the novelist Chimamanda Adichie talks about storytelling, and way in which our lives, our cultures, are composed of many overlapping stories. She warns that a single story creates stereotypes, and the problem with stereotypes is not that they are untrue, but that they are incomplete: they make one story become the only story.

I started my career in film to tell the stories that until now haven’t been told. My opinion isn’t a blank starting point though – nobody’s can be – which makes objectively telling a story impossible. We all carry with us our own individual experiences of the world, it’s just that the volume of some people’s opinion is louder than others.

I want to live in a world where we are surrounded by different perspectives. We all win if new perspectives start to come through, not just in cinema but across society more generally. It doesn’t mean everyone needs to make an enormous change either. If each of us can just turn up the volume as little as 0.01 per cent on our opinion, our experience of the world, then that can make a difference. This is what really excites me about the time in which we’re living.

Channel 4 has a unique structure as a ‘publisher broadcaster’ with no in-house production. In your role as non-executive director, what lessons do you feel the wider industry could learn from this model?
The way Channel 4 is structured maximises its access to the best talent and the widest idea pool. Having content coming from a broad variety of production companies allows the channel to showcase so many different perspectives.

As with film, there are of course many layers to television production. Each person carries with them their own perspective, and it is impossible ever to be entirely subjective about the kinds of stories you are telling.

Channel 4 is an organisation with a mission to innovate, and it is that intention that is key to the channel’s success. In the case of a publisher broadcaster, innovation is driven by who you’re commissioning and the direction you encourage them to take. And it’s clear that in that regard, it consistently punches above its weight.

Against a backdrop of enormous competition, particularly between streaming platforms such as Netflix and Amazon Prime, how can filmmakers ensure that their work continues to be relevant and to reach diverse audiences?
This is an enormous challenge across the board – there is just so much content available to us at the click of a button. The most important thing for any film maker is to know their audience – this is absolutely crucial. It is also crucial to store that awareness at the back rather than the forefront of your mind.

Above all, a film maker is there to tell a story and this must come first. The aesthetics of the piece must always trump its ideology. I feel the greatest cinema happens when the creative and the commercial sides of production work alongside one another – one cannot be allowed to drive the other.

It can be really easy to assume that audiences want to see a certain kind of thing, which inevitably leads to similar content being made time and time again. Interestingly, it is often when producers totally break away from the expectations of what an audience might enjoy that the most successful work is produced. For example, ten years ago who could have predicted that a comedy-drama about lesbians in a women’s prison would be one of the most successful shows of our generation? Orange is the New Black has been commissioned for a minimum of seven seasons and has won numerous awards.

“We all carry with us our own individual experiences of the world, it’s just that the volume of some people’s opinion is louder than others.”

In your role on the selection committees for the British Independent Film Awards and Film London, what sort of work do you find most eye catching or thought provoking?
It’s all so incredibly subjective, I’m not sure I could really categorise exactly what I look for when I’m acting as a judge. Judging on panels is a really bizarre thing for this reason! It’s incredibly humbling to read over a script or to view a piece of cinema that someone has truly poured their heart into.

There’s never really a pattern as such to what I enjoy. I find that it’s generally more about creating a combination of surprising points of view with compelling images. It’s the work that catches me off guard that I often find most thought-provoking.

Uzma Hasan is co-founder and Producer at Little House Productions. Her latest feature Firstborn (2016) premiered at Edinburgh International Film Festival ahead of a worldwide sale to Netflix. Her first feature The Infidel (2010) was released internationally and went to be remade by Viacom India as Dharam Sankat Mein (2015) and as a musical that ran at Theatre Royal Stratford.

She is developing projects with Ritesh Batra (The Lunchbox), novelist Nikesh Shukla as well as the film adaptation of Gautam Malkani’s cult novel Londonstani and working with the BFI and Amazon Studios amongst others.

Uzma sits on the board of Channel 4 as a Non-Executive Director and on selection committees for the British Independent Film Awards and BAFTA. She read Film and Literature at Harvard University’s Graduate School of Arts and Sciences where she was a Kennedy Scholar.