Saxton Bampfylde and its partners around the world through Panorama advise many recognised schools and educational organisations. We are delighted to share with you a selection of some of the roles that we have been privileged to work on recently. 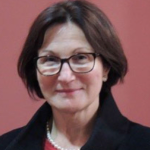 Menna McGregor was appointed as Clerk to the Governors of Alleyn’s School in September 2018. Menna studied law and was called to the Bar at Lincoln’s Inn. She was Clerk to the Mercers’ Company from 2008 to 2015, having previously spent 13 years working at the National Theatre. Menna currently holds a number of trusteeships including The Royal Ballet School, The Royal Central School of Speech and Drama, The National Centre for Early Music, Wilton’s Music Hall and the Shakespeare Schools Foundation. 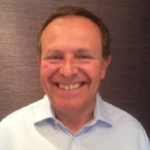 Francis Muzika, The Beacon School, Director of Finance and Operations

In January 2019, Francis Muzika was appointed Director of Finance and Operations for The Beacon School. Francis joins the School following a long career at Toys R Us as Deputy Managing Director and later the UK Lead Executive, VP of Finance and Interim European CFO. 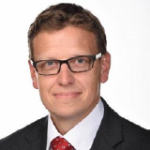 Ben Purkiss, currently Deputy Head at Bede’s Preparatory School, has been appointed as the new Head of Caterham Preparatory School starting from April 2019. Ben has a strong track record of having worked in some of the top performing prep schools in the South East and will bring a wealth of expertise and experience to the role. 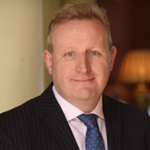 The Haberdashers’ Monmouth Schools have announced the appointment of James Murphy-O’Connor as their first overarching Principal. James started his teaching career at Stamford School in Lincolnshire, moving on to become a history master and housemaster at Sherborne School in Dorset. He then became the founding Head at Sherfield School in Hampshire, building pupil numbers to 500 in just five years. In 2009, James took on the headship of Prior Park College in Bath and subsequently became Principal of Prior Park Schools with responsibility for their prep school, junior school, college, and the senior school he established in Gibraltar in 2016. 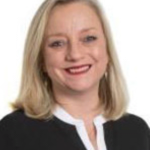 Kirstie Fulthorpe has been appointed Director of Education at the National Autistic Society (NAS). Before joining NAS Kirstie was Regional Director for all the London & South East Oasis Academies. Prior to joining Oasis, Kirstie held a position as one of Her Majesty’s Inspectors at Ofsted. She has extensive teaching and leadership experience, having worked in education for over 24 years, with a particular expertise in English, early years and primary education. Before joining Ofsted, Kirstie was an Executive Head Teacher in London where she lead a school from ‘Special Measures’ to ‘Good with Outstanding features’ in just 18 months. She previously worked as a School Improvement Consultant for a number of organisations including local authorities and multi-academy trusts. 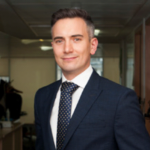 The New Schools Network (NSN) has announced that Luke Tryl has been appointed as Director of the organisation beginning in March 2019. Luke is currently Head of Corporate Strategy at Ofsted, where he is a member of the inspectorate’s executive board as well as managing Ofsted’s strategy, external relations and research teams. Before joining Ofsted, Luke was Special Adviser to Nicky Morgan, the then Secretary of State for Education. In that role he led on the development of the Secretary of State’s policy priorities and acted as her chief spokesperson.

Mount Litera School International (MLSI) in India has appointed Mona Seervai as Head of School. Regarded amongst Mumbai’s top educationalists, Mona brings three decades of teaching experience. Prior to joining MLSI, Mona was the Principal at Bombay International School (BIS) from 2004 to 2016, where she was instrumental in the school’s transition from the ICSE Board to the Cambridge and IB systems of education. She has also served in an honorary capacity on the IB Asia Pacific Regional Council for Heads from 2014- 2016 and holds an honorary position on the advisory board of the Indian School Leadership Institute, and is an Academic Advisor to 321 Foundation. 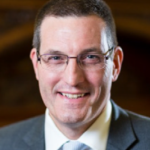 Birkdale School has a appointed a new Head with Peter Harris returning to the School after ten years away from Sheffield. Peter completed his teaching qualifications in Sheffield and worked in Dinnington and Worksop before joining the teaching staff at Birkdale in 1998. Ten years ago, he was Vice Principal in Bournemouth before becoming Principal of Ewell Castle School in Surrey for the last 5 years. 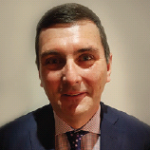 Loreto Ministries, Australia has appointed Paul Ould as Director of Education. Paul was most recently Assistant Director, Review & Transition Branch at the Queensland Curriculum & Assessment Authority and prior to this worked for the Queensland University of Technology. He has also held Principal and Deputy Principal roles at Catholic schools in Queensland. 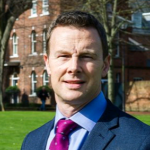 Hymers College has appointed Justin Stanley as Headmaster. Justin joins Hymers from Hereford Cathedral School where he is Deputy Headmaster (Academic). He will take up the reins at the beginning of the new school year in September. A graduate of Emmanuel College, Cambridge, Mr Stanley has more than 20 years’ experience in the independent education sector and has taught at some of the country’s leading city day schools, including Manchester Grammar School, where he was Head of Classics and Assistant Head of Sixth Form, and Nottingham High School, where he was Head of Classics. He will succeed David Elstone, who is retiring as Headmaster at the end of the Summer Term after a successful 13-year tenure. 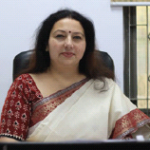 Dr. Priyanka Mehta is an eminent educationalist with over 20 years of experience in the field of education. She has been widely appreciated for her work in the sector and has been honoured with several awards and recognitions. She firmly believes in creating value for society through nurturing and empowering young minds, leading them to become aware, responsible and ethical human beings who believe in strong values and relations in the modern world. 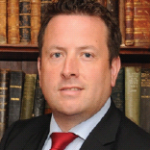 Matthew Williams will succeed Mark Mortimer as Head of Warminster School from September 2019. Matt joins the School from Sidcot School, Somerset, where he has been the Deputy Head since 2014. Having started his teaching career at the Licensed Victuallers’ School in Ascot, as a teacher of English and drama, he then spent 14 years at Rugby School. At Rugby, he was Head of Department and later Housemaster of a senior boys’ boarding house. He has coached both 1st XI cricket and 1st XV rugby, directed numerous productions and established the successful Arts Festival at Rugby.