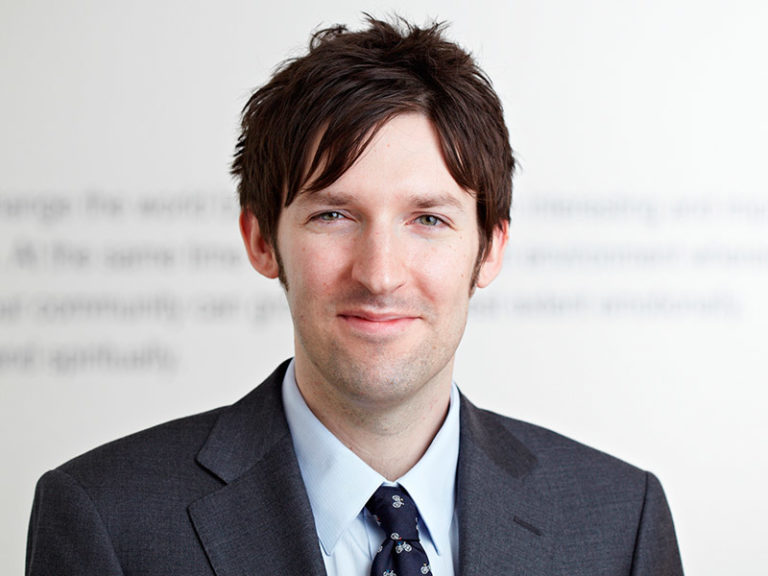 Ed has over ten years’ experience in executive search including time spent leading Saxton Bampfylde’s research team. His main focus is on work in the arts & culture and education sectors. Ed has worked on a variety of appointments, both executive and non-executive, with a range of arts and heritage organisations as well as on a number of senior leadership roles in the higher education and the wider not-for-profit sectors. Ed has a BA in Sociology from the University of Leeds and an MA from University College London.

Genomics England announces the appointment of its first Chief Executive Officer (CEO) today. Global genomics pioneer Professor John Mattick will join Genomics England in June. He will lead the organisation as work done in the 100,000 Genomes Project provides the foundation for the systems NHS England is mobilising in its ground breaking Genomic Medicine Service.

Sir John Chisholm, Executive Chairman since the foundation of Genomics England in 2013, will hand over executive responsibility to Professor Mattick. Key objectives will be to shape and drive the strategy needed to realise the potential of genomics in the UK, work in partnership with the NHS, build relationships with patients and the public, further genomic discovery, and work with stakeholders across government, academia and industry to deliver lasting value for patients, the public and the economy.

Professor Mattick comes to Genomics England from the Australia-based and globally respected Garvan Institute of Medical Research, which he has led since 2012. Under his stewardship, the Garvan has embedded genomics, bioinformatics and big data at the centre of its research programmes – making the Garvan one of the leading exponents of whole genome sequencing in the world.

“In a very high calibre field, Professor Mattick emerged as the stand-out candidate. He has pioneered whole genome sequencing and overseen the Garvan Institute’s transformation into one of the most respected genomics centres in the world. We were clear from the outset that we would seek the best candidate – irrespective of nationality − to ensure the success of genomic medicine in this country. Professor Mattick is that candidate.”

Throughout his distinguished career, Professor Mattick has championed genome research and the development of national research facilities, for which he was awarded the Order of Australia and the Australian Government Centenary Medal. He has received international recognition for his scientific contributions to understanding the human genome, specifically his work showing that most of the genome is not evolutionary ‘junk’ as previously thought, but rather is devoted to an extensive RNA regulatory system that organises human development.

Most recently he has been awarded the 2011 International Union of Biochemistry and Molecular Biology (IUBMB) Medal, the 2012 Human Genome Organization Chen Award for Distinguished Achievement in Genetic and Genomic Research, and the 2014 University of Texas MD Anderson Cancer Center Bertner Memorial Award for Distinguished Contributions to Cancer Research.

Professor Mattick will continue his academic career while in the UK at the University Of Oxford’s Green Templeton College. He has been elected to a Senior Research Fellowship at the College for one day a week, which will allow him to continue his pioneering genomics work and strengthen links with the UK research community.

“Genomics England is leading the world in bringing genomics into the clinic, understanding the genetic components of disease and translating this knowledge into mainstream healthcare. Bringing genomics to the people will revolutionise medical research, vastly improve personal health and transform the quality and efficiency of the healthcare system, not just in the UK but around the world.

“I am honoured to be asked to lead the organisation at such an exciting and important time. I have spent my professional life exploring the human genome and promoting its importance to understanding human biology, which I regard as the great quest of our age. It very much feels like my career to date has been preparing me for this role and it is an opportunity I intend to fully realise − for the benefit of patients, society and the UK economy.”